For the PSP port of this title, see Darkstalkers Chronicle: The Chaos Tower.

In 2000, Capcom released Vampire Chronicle For Matching Service (ヴァンパイア クロニクル for Matching Service, Vanpaia Kuronikuru) for the Sega Dreamcast as a mail-order game via Dreamcast Direct. This version allows players to select between four fighting styles based on each Darkstalkers game (the original, Night Warriors, Vampire Savior, Savior 2 and Hunter 2). This version also features an online versus mode.

In 2004, the game was ported to the PlayStation Portable. This version was released in North America and Europe in 2005 under the title of Darkstalkers Chronicle: The Chaos Tower. The PSP version includes all the features from the Dreamcast original, as well as an exclusive single-player "Chaos Tower" mode. 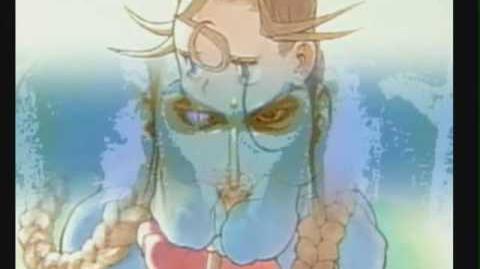 Retrieved from "https://darkstalkers.fandom.com/wiki/Vampire_Chronicle_for_Matching_Service?oldid=17566"
Community content is available under CC-BY-SA unless otherwise noted.