An alien from the planet known as Hellstorm that is known for their love for war in the UDON Comics, whose size largely surpasses the Milky Way. After evolving over many years, he became a powerful alien who can control fire and has an orbital span that stretched over 400,000 light years and counting. Over the span of 200 million years, he sought to collect worlds and other celestial objects throughout space by consuming them in flames. After traveling across the cosmos beyond the speed of light, he lands deep within the Atlantic Ocean to wait for the right time to consume the planet Earth. Originally, he came to Earth 65 million years ago during the age of the Dinosaurs and created the army of Phobos (Huitzils) to destroy life on the planet.

It is unknown why Pyron did not consume the world back then, it is possible that he wanted to wipe out the life on the planet before he could consume the planet, after fighting against worthy foes, he decided that he would leave the world at peace so they become stronger and worthy of fighting.

Pyron is a dark, prideful, and arrogant alien who often calls himself the lord of the living flames as he believes himself to be a true master over fire as he seeks out many worlds to fuel his hunger. He is also very fond of a challenge as he likes to test himself against other fighters in hand-to-hand combat, even supernatural beings such as a Darkstalker who he himself has taken an interest in their kind due to their supernatural powers.

Pyron is also a very good leader and teammate when working with other beings, as he commands his robots to study other worlds for him to consume. He will even fight alongside his army in other wars. He is also a thrill-seeker who enjoys testing his own limits when traveling, and has a bit of humor in him when talking to others.

Pyron has the ability to fly at speeds beyond light, and can consume worlds to fill his body. He is made of pure solar energy, as he cannot be harmed by normal means of attacks. After assimilating worlds into himself, he adds them to his own orbital path of 400,000 light-years; he can control his own galaxy of robots throughout space to collect information about other worlds. He also has super strength, amazing speed to dodge bullets, high durability to withstand hard attacks, and can fly into the air. He can also shapeshift his size to match that of his foes, teleport to short ranges in land or air, and can create flame base people, create many versions of himself as well as attacks on his own due to having a body made of fire.

He can enhance the heat of his flames to higher levels to match that of a supernova, and has the ability to sense the life force of another being (as he was aware that Earth would have supernatural beings) he also has the ability to absorb solar energy.

Despite his power, Pyron is not without weaknesses; he must feed on other worlds and solar energy in order to keep his power at his full potential, as his power will become weaker over time due to using too much energy. Certain magical attacks are also capable of harming him and causing him pain. Also, because of his body is made of pure solar energy, his power can be absorbed by beings who can also harness and absorb solar energy of their own.

About Mars and The Antichrist

Pyron is most likely an alien being meant to be representative of one of the fabled cosmic beings from Mars. The planet Mars is often associated with Fire because of its Japanese name Kasei (火星), which means Fire Planet.

According to the Bible, the Antichrist will honor a Foreign God—in other words, an Alien God—and the two of them will rule together. This god will be the God of Fortresses. In Greek and Roman mythology, the god Mars is said to have been worshiped in the form of two idols, one called Mars Gradivus, Mars of War, and the other Mars Quirinus, Mars of Fortresses. It is because of this that it is believed the God of Fortresses will come from Mars.

Pyron in the animated series. 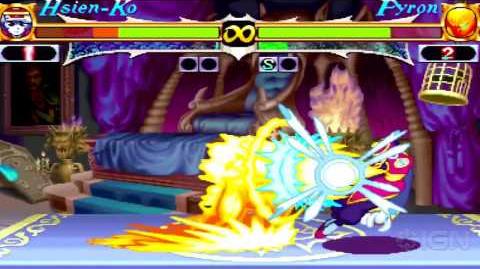 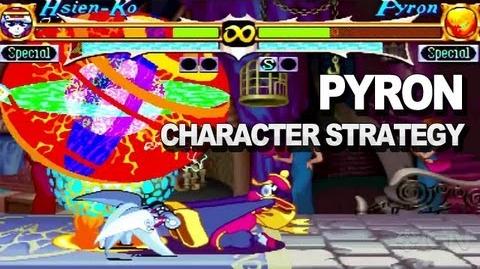 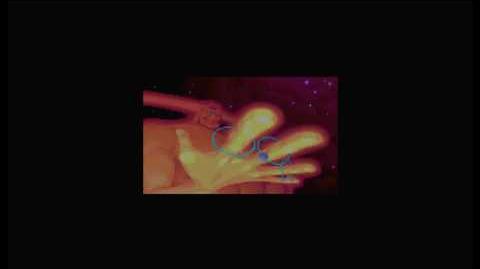 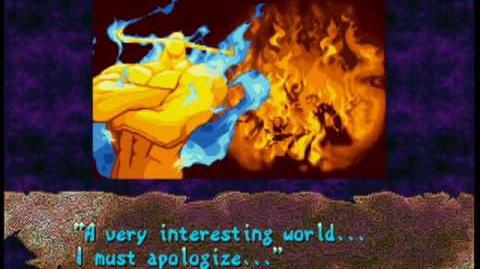