Midnight Bliss (ミッドナイトブリス Middonaito Burisu) is an EX Move from Demitri Maximoff introduced in Vampire Savior: The Lord of Vampire. In all appearances its input is

Midnight Bliss is also present in Demitri's moveset from SNK vs. Capcom: SVC Chaos and Capcom Fighting Evolution. Demitri also has the Midnight Bliss as a skill in Namco × Capcom that can be used on the map screen; however, it merely drains a single enemy's health and does not transform it. The special move also appears in Cross Edge, where it also changes the enemies affected by the skill. In Project X Zone and Project X Zone 2, the move appears, but it doesn't show any transformation effect.

Demitri says "Come on, baby…" and approaches the opponent while holding a rose. If he reaches the opponent, he will bow and the target will transform into a female (if they are male) with a more arousing (or in some cases comedic) appearance. He then holds the victim up, draining her blood until she is dry. Afterwards he blasts the opponent away and takes distance while blowing a kiss. The opponent returns to normal at the end of the move.

Its animation is slightly different in Capcom Fighting Evolution, possibly due to limitations. Rather than the usual aftereffect of the move, Demitri simply drapes his cape over his transformed victim and the screen fades to black; only the sounds of the drain are heard and, when the scene fades back in, the opponent is already knocked down, in his/her natural form.

Besides SNK characters, SNK Playmore created new sprites for all Capcom characters and original transformations that are different from the ones used later in Capcom Fighting Evolution.

Characters from Street Fighter and Red Earth are full of references to other popular media. Some characters have two different transformations. The rare one, normally triggered at random, can be forced by executing Midnight Bliss with all punch buttons.

Even though Anakaris's Royal Judgment transformations have been present since the first game and Anakaris's Pharaoh Decoration has the same sprite transformation, Demitri's Midnight Bliss has always been the preferred transformation attack since its introduction in Vampire Savior. A fan favorite, the move is notable for showing female forms of male opponents and alternative depictions for female characters. In many instances the transformation is better looking than the original. Its featuring in SNK vs. Capcom: SVC Chaos and Capcom Fighting Evolution made it more popular among players, as it showed other SNK and Capcom characters transformations that have since become coveted by the fanart, M.U.G.E.N and cosplay communities.

Since the first instance, with Bishamon transformation parodying Yukiko-hime from Dororon Enma-kun, the move has been used to pay homage to other media outside of games with easter eggs, such as "Ioriko", "Zangyura" and Karin's, Rose's and Ryu's transformations in Capcom Fighting Evolution. A difficulty in further appearances of Midnight Bliss, besides the lack of Darkstalkers sequels, is 3D graphics due to them taking more resources to develop, meaning that modern 3D fighting game would unnecessarily spend resources in 3D transformations that would have little use outside of the special move, making it harder to justify than in a 2D environment. Nevertheless, fans of the move (which include professional artists) create art and sprites with Midnight Bliss versions of their favorite characters. That includes characters never featured in the original games, such as Blanka.

Midnight Bliss forms have become popular enough in Japan to warrant their own gashapon figures designed by Hiroyuki Utatane and commercialized by the company Eugene (now Takara Tomy Arts) as part of the SR Capcom Real Figure Collection (SRカプコン リアルフィギュアコレクション) series. Capcom has supported high quality Midnight Bliss fanart and promoted it on the Capcom-Unity blog.[4] Udon has prominently featured Midnight Bliss in covers of its comics and in art published in Darkstalkers Tribute.

Full Midnight Bliss spread and clean by Robert Porter used in cover B of Street Fighter VS. Darkstalkers #2, #3 & #4 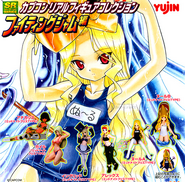 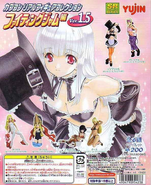 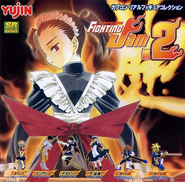 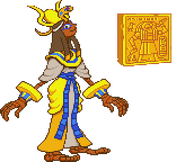 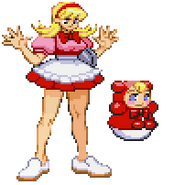 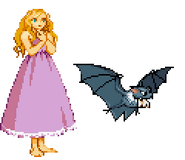 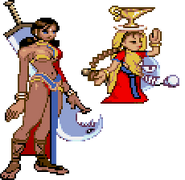 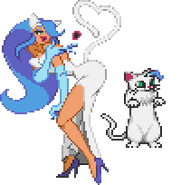 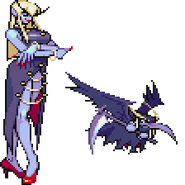 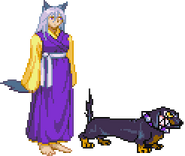 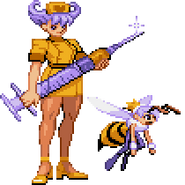 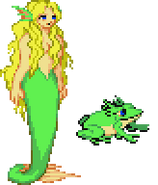 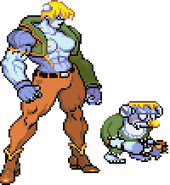 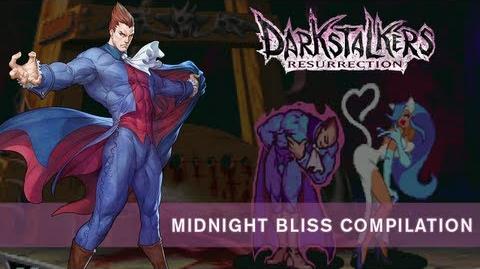 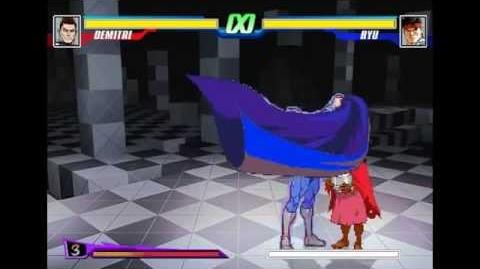 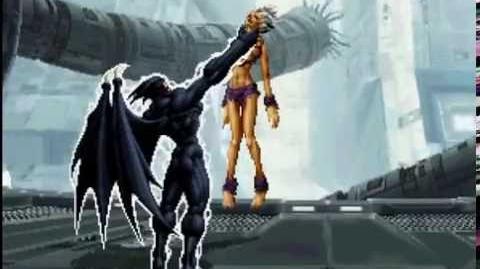 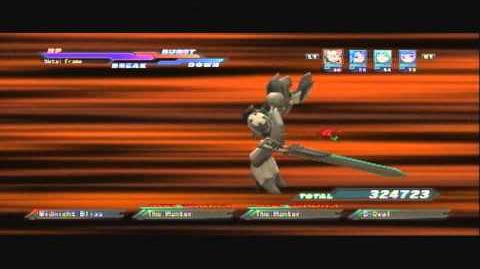