Jon Talbain, known as Gallon in Japan, first appeared in Capcom's Darkstalkers: The Night Warriors, also known as Vampire: The Night Warriors in Japan. He has appeared in every game with the exception of Vampire Savior 2, from which he was omitted along with Rikuo and Sasquatch. He is notable in Vampire Savior: The Lord of Vampire (Darkstalkers 3) for having to face the unique character called Dark Talbain, a sinister version of himself.

Outside of the Darkstalkers series, Jon has made cameos in Pocket Fighter and Capcom Fighting Evolution. He appeared in the American Darkstalkers television series, and has made several appearances in UDON's Darkstalkers series of comic books, in which he had his own standalone side story, "Talbain's Bane."

Jon was born to a British human mother and a werewolf father. His mother died shortly after giving birth to him. He had no contact with his father, as there was no knowing where he was or how to find him. He lived a peaceful life as a human until one full moon. The transformation caused him to be shunned from human society. Though shocked by discovering he was a Darkstalker, Talbain harbored no animosity towards his parents, whom had never been a part of his life. Talbain was determined not to let the his primal instincts consume him. Following his inner voice, he devoted himself to fighting and pushing himself beyond his limit, believing that if he retained his inner humanity, he might regain his physical humanity as well.

After Pyron was defeated, Talbain's supernatural form was lifted and regained his human form. Despite this, humanity still feared him, and he found acceptance only amongst children. Although he sustained his human form for many years, he often felt that the beast still dwelled within him. One day, he heard a voice in the back of his mind and he turned into a werewolf once again. It was then that Talbain discovered it would be impossible for him to be rid of his curse.

During the battles in the realm of the Majigen, Talbain came face to face to tame his inner beast in the form of a darker version of his Werewolf state, Dark Talbain. After defeating his malevolent doppelganger, Jon was finally able to control his form and resolved to live his life as a wolf. Regardless of this, he retained his humanity, like his father, he has great compassion for children, even caring for two orphans (as seen in his Darkstalkers 3 ending).

Jon's personality is shown to be mostly aggressive and anti-social in most of his dialogue with other characters, but he apparently has a softer side, as shown by a pair of young kids he's shown to be taking care of in Darkstalkers 3. Aside from brash responses to the cast and this one piece of information, most of Jon's character and personality is left in the dark.

Jon Talbain is a very skilled fighter in both hand-to-hand combat as well as ki-based attacks in his normal state. As a Werewolf, all of his powers are far greater. He also has a great sense of smell like most canids. He can transform into a Werewolf at night anytime by will power alone.

The Kreutz family is one of the seven noble families of Makai. Although the family is recognized title as a noble one, it would be more suitable to call it an army of warriors and fighters. The current master Xell stands at a height of 5 meters and is a war dragon. He has the most unique appearance out of all the noble classes. And those who are of his family also have appearances that are far from a human form. But there is no vulgarity and roughness within the family. In contrast to their savage forms, they are all first class fighters who are highly trained and organized group. The group is very loyal to the master - to the point where evil actions are paid off with death. Though their numbers are few, they possess powerful one hit attacks and are known as the "Bullet of Makai".

Baraba Kreutz, known as the "Wolf Lord" of the realm of Makai, is the leader of the royal guardsmen of the Kreutz family. His eyes were the eyes of those who survived countless wars. Twenty years ago, he had wandered into the human world. He vaguely remembers about the woman who cared for him when he was injured in the human world.

When he came back to Makai, he played an active heroic role as a fighter of the Kreutz family. Demitri, before his desire to control Makai, had even said, "He is my best rival in my life". Demitri felt a certain kind of respect in the wolf lord before he was casted out for his crimes, a respect not found in the lower darkstalkers. But roughly ten years after he returned to Makai, he suddenly disappeared. Master Xell had searched for him for many years, but he could not be found. Some say that he had returned to the human world to reunite with the woman again. But no one knows the truth of the events.

In popular folklore, a man who is transformed, or who transforms himself, into a wolf in nature and appearance under the influence of a full moon. The Werewolf is only active at night and during that period he devours humans and corpses. According to legend, Werewolves can be killed by silver weapons such as silver arrows and silver bullets. Before a Werewolf is killed, they returned to their human form.

The origin of the word is a contraction of the old-Saxon word "wer", which means "man", and wolf to arrive at werwolf or manwolf. A Lycanthrope, a term often used to describe Werewolves, however, is someone who suffers from a mental disease and only thinks he has changed into a wolf.

The concept of Werewolves, or lycanthropes, is possibly based on the myth of Lycaon. He was the king of Arcadia, and in the time of the ancient Greeks notorious for his cruelty. He tried to buy the favor of Zeus by offering him the flesh of a young child. Zeus punished him for this crime, and turned him into a wolf. The legends of Werewolves have been told since the ancient Greeks and are known all over the world. In areas where the wolf is not so common, the belief in Werewolves has in fact counterpart within the folklore where men can change themselves in tigers, lions, bears and many other animals.

In the dark Middle Ages, the Church stigmatized the wolf as the personification of evil and a servant of Satan himself. The Church courts managed to put so much pressure on schizophrenics, epileptics and the mentally disabled, that they testified to be Werewolves and admitted to receive their orders directly from Satan. After 1270 it was even considered heretical not to believe in the existence of Werewolves.

The charge of being a Werewolf disappeared from European courts around the 17th century, but only for the lack of evidence. The belief in Werewolves, however, did not completely disappear. In Europe after 1600, it was generally believed that if there were no Werewolves, then at least the wolf was a creature of evil. This resulted in an unjustified and negative image of the wolf; an image that most people still have today.

1941's The Wolf Man introduced silver, wolfsbane, and the pentagram into Werewolf mythology and heavily influenced related folklore for decades to come. In the film, Larry Talbot (Lon Chaney Jr.) is bitten by a Werewolf (Bela Lugosi) while visiting a gypsy camp. He turns into a Werewolf and wreaks havoc until he is killed by his father, Sir John Talbot (Claude Rains) using a silver wolf's head cane. Jon Talbain's date of birth (c. 1940) is presumably an homage to the production of the film.

Cameos in other Games[] 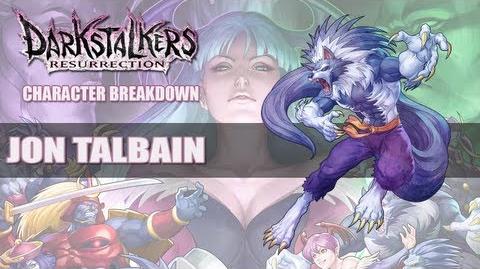 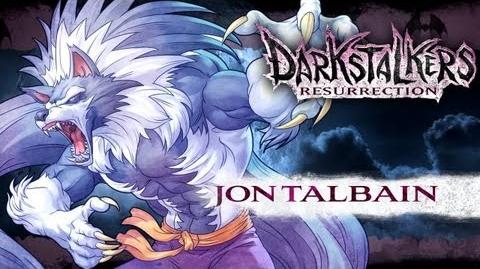 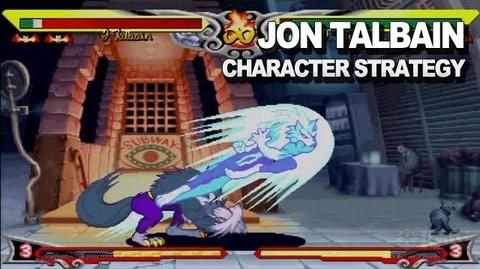 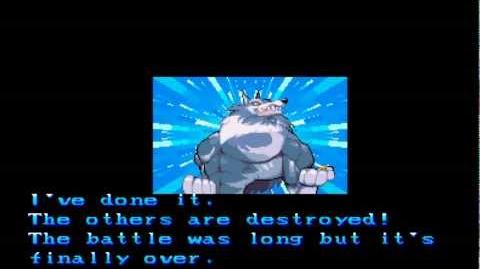 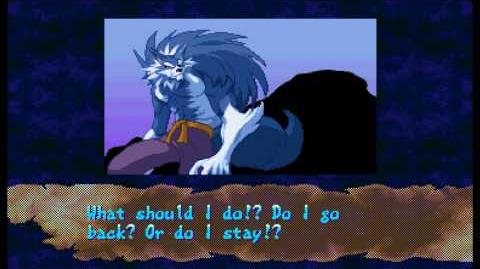