Jedah is a sinister person with the desire to control others, he can often come across as a relaxed, collected and intelligent supernatural being. He has a degree of arrogance in his skills when it comes to a human and enjoys tormenting them, as he is the one who sent out his group of Darkstalkers to attack Hsien-Ko's loved ones for his own amusement. He is focused in achieving his goal of controlling Makai and humanity from a destiny seen by the former king of Makai. Jedah will display negative emotion by showing short fits of rage when his plans are being interfered with and those who are against his views such as Jon's father, but even these are quickly subdued by his demeanor. Jedah is fairly laid back and very easygoing with other supernatural beings who can hold their own long enough to make deals with him, and he is also shown to be a gentleman when talking to women. 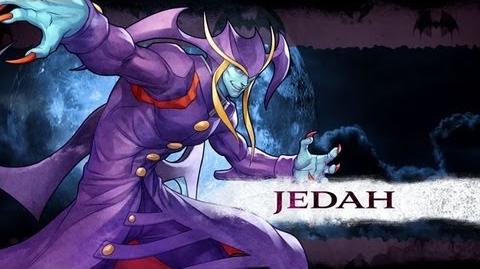 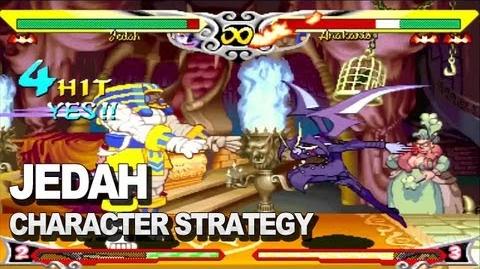 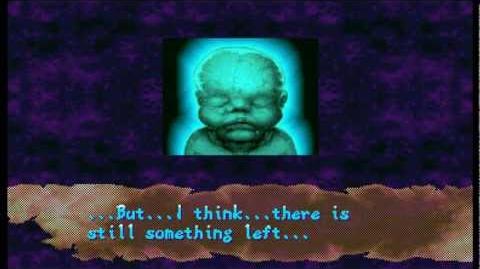 Retrieved from "https://darkstalkers.fandom.com/wiki/Jedah_Dohma?oldid=17692"
Community content is available under CC-BY-SA unless otherwise noted.