Darkstalkers, known as Vampire (ヴァンパイア, Vanpaia) in Japan, is a series of 2D Gothic horror-themed fighting games produced by Capcom during the mid-1990's using Capcom's CPS II arcade hardware. There have been three main entries in the series with two "updated" titles and several compilations which include the current Darkstalkers Resurrection. The characters have made many cross over appearances and the series itself into other forms of media.

The cast of Darkstalkers is based off well known fictional characters and monsters ranging from vampires to werewolves, which are referenced as Darkstalkers (ダークストーカーズ) in the series. The series introduced many concepts used in later fighting games by Capcom, including Street Fighter's jump from the CPS I to CPS II, Street Fighter Alpha (known as Street Fighter Zero in Japan).

The Darkstalkers series shares many similarities with Capcom's main fighting series, Street Fighter. Character use varying strengths of punch and kicks and can perform various moves by different inputs. Attacks can be blocked and characters can crouch or jump. Notably, Darkstalkers adds new features such as air blocking, chain combos and ES attacks. Some characters even have the ability to crawl or walk while crouching and others can hover in air.

In Vampire Savior (known in the west as Darkstalkers 3), the turn based round system was dropped and a stock gauge system, where the winning players life bar is not reset after winning a match. Two mimic style characters who act more like game play modes were introduced named Shadow and Marionette.

Other minor characters such as Rikuo's son, originally called Alba in the Japanese version would be called Rikky outside of Asia.

Main article: List of appearances in other video games

The characters have made numerous appearances in other games, notably Capcom's Vs. series of fighting games. Morrigan Aensland, for example, appears in all three Marvel Vs. Capcom titles, Capcom Vs. SNK, and Tatsunoko vs. Capcom: Ultimate All-Stars. She also appears in Pocket Fighter and Super Puzzle Fighter II Turbo. Other characters have appeared in these titles, as well. 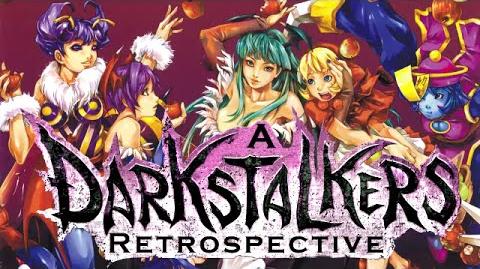 A Darkstalkers Retrospective - The Nostalgic Gamer 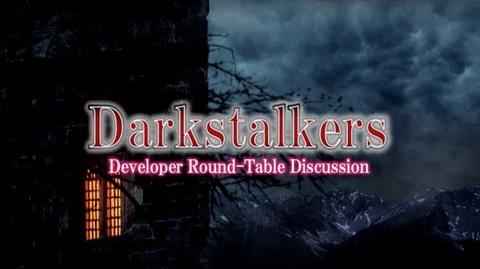