Darkstalkers: The Animated Series is a Canadian/American series that originally aired in 1995, produced by Graz Entertainment. This series is loosely based on the video games, having numerous differences from them, such as the new character Harry Grimoire. The cartoon uses "The Trouble Man" by Eikichi Yazawa, the same song used for the Night Warriors: Darkstalkers' Revenge OVA.

To conquer the world, the fiery alien Pyron assembles an army of supernatural beings with magical powers: the DarkStalkers! And two of the biggest and vilest lead Pyron's army: Demitri Maximoff, Lord of the Vampires, and Morrigan Aensland, a powerful succubus.

But the good guys are… More fighting back! Around the catwoman Felicia rallies a band of freedom-loving Darkstalkers: the merman Rikou, the fighting werewolf Johnathan Talbain, the Frankenstein monster-like Victor von Gerdenheim, and the sasquatch Bigfoot and his nephew Hairball. To crush the rebels, Lord Demitri and Morrigan send the lunatic pharaoh mummy Anakaris, the rockstar zombie Lord Raptor, and the cursed samurai Bishamon. Things get complicated when demon hunters Donovan Baine and Hsien-Ko decide that all Darkstalkers, regardless if they are good or evil, must die!

Yet the fate of the world depends on a human, Harry Grimoire. If Harry can master his secret magical legacy and the intricacies of alien computer technology, the world might have a chance!

The series was very badly received by Darkstalkers fans and the gaming community.Topless Robot included in an article about Harry Grimoire from the cartoon saying "There shall be no forgiveness for the American-made Darkstalkers cartoon, which turned Capcom's gorgeously animated fighting game into a cheap, unfunny comedy" on their list of The 10 Worst Cartoon Kid Sidekicks.[1] According to VentureBeat, "So the plot is bad. But even more offensive than that is the shoddy animation".[2]

Nowadays, mostly thanks to the internet, this old and obscure animated series has been rediscovered and enjoys a kind of "so-bad-it's-terrible" memetic status, thanks to several of its totally absurd scenes and drawings barely scrawled awkwardly, as happened with the TV series Mega Man (1994-1995) and Street Fighter (1995-1997) (not by chance other cartoon series created under license on the basis of franchises also owned by Capcom).

In addition to audience and fan backlash at least one of the people working on the series expressed his dislike towards the show. Frank Brunner, who worked as a character designer for Graz Entertainment, responded to an 2010 email sent to him by YouTuber Pan-Pizza wherein Brunner said: "Darkstalkers was mindless garbage... like most of the crap on TV right now! Thank the gods I didn't have to write it! Just because I worked on it doesn't mean I have to like it. My main work was on X-Men and Darkstalkers was done with little attention on my part... I still have some model roughs but but I'm not occupied right now to find them. When it truly becomes a cult classic, maybe I'll look at it again in a different light?" Pan-Pizza included the original email and quotation by Brunner in his 2019 Holloween review of the animated series.

Differences from the video games[]

Darkstalkers Out Of The Shadows (Front)

Darkstalkers Out Of The Shadows (Back) 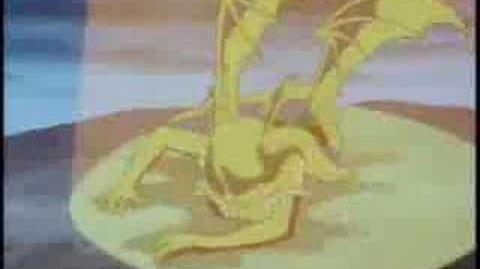 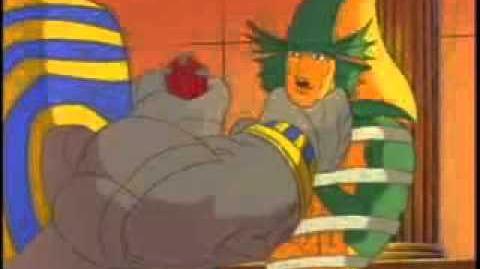