Northern Europe (most likely the UK)

Baby Bonnie Hood, also known as B.B.Hood and alternatively as Bulleta in Japan, is a character who first appears in Vampire Savior and is inspired by Little Red Riding Hood. Outside the Darkstalkers series, she also appeared in Capcom's Cannon Spike and Marvel vs. Capcom 2.

Many supernatural beings from Makai have entered the human realm. Many of these supernatural beings are considered by people to be of high value or sources of decorative items; materials that don't exist in the human world (such as blood and fluids from the internal organs), can be used for research on biological weapons and the like. The demand for these are very high. The trade of the Darkhunter was created to meet the demands of these clients.

These particular hunters track down the supernatural and collect a reward depending on the creature that they hunt. The risks are very high, but so are the rewards. To fight against these Darkstalkers, merely having a fit body, martial arts skills, and firearms are not enough. It is possible for a Class C creature to defeat an entire army of first class elite supernatural beings. A powerful mind and the thrill of the hunt is also needed to keep one self from going on. A powerful soul is needed so that they are not influenced by the aura that the supernatural of Makai give off[2].

Several hundred Darkhunters of varied skill are said to exist in the realm of Makai. Some of these hunters can often hunt a wild beast from Makai, let alone a Darkstalker. Among these hunters, B. B. Hood is a Special S-Class Hunter. Her skills of hunting are so amazing that even Jedah himself considered her worthy as a Darkstalker, and pulled her into the Majigen as a worthy soul. Her stare alone can cause the lower ranking Darkstalkers to be filled with fear, and she is able to hunt many kinds of creatures. It would be fair to say that she was born to be a hunter.

When she was pulled into the Majigen by Jedah, she simply looked around and said, "Haha, they're all mine... It's been a long time since a job this big."

The Darkhunter occupation has grown considerably, though it has only started within the last year. This occupation is quite different from what Donovan, a half-human, half-supernatural, does out of fate.

Baby Bonnie Hood is a thrill seeker who enjoys the hunt, she will search out for many creatures to hunt, even to the point of doing it for the sport of the hunt rather than the pursuit for money. Because of this, she is mainly described as an antithesis to Donovan. She hunts solely for the sport, while Donovan hunts to find meaning in his existence. As a profit-seeking Darkhunter, she intentionally pretends to act like a defenseless girl as a way to trick her prey in order for them to get closer to her, and many of her hunting skills are stabbing her opponents with weapons such as knives and using guns for shooting.

Despite the ruthlessness, outside the Darkhunter occupation, she is very well capable of being civil, and looks after her grandmother, demonstrating her degree of self-control and humanity in preventing the taint of Makai from corrupting her mind.

Her two-year-old pet dog's name is Harry (ハリー).[4] Although Harry sits along side B.B.Hood in battle, he cowers in fear as she fires her various weapons. When B.B.Hood loses in battle, he runs to her side and howls. The two mercenaries who appear in Beautiful Hunting are John and Arthur (ジョンとアーサー).[4] They use a submachine gun and rifle. The man who appears in one of B.B.Hood's winning poses is simply named Mr. K.[5]

The classic fairy tale of Little Red Riding Hood focuses on a young girl who travels to bring a basket of food to her Grandmother's house. However, she is stalked by the infamous Big Bad Wolf, who conceives a plan to devour the girl: he tricks the girl into picking flowers for her grandmother and then makes it to Grandma's house, where he then ambushes and devours the old woman whole. He then dresses up in Grandma's night gown and waits for the girl to arrive. When she does, she is amazed of how her "Grandma" appears different, remarking of how big her eyes, ears and teeth are. The wolf then replies how they are all the better to see, hear and ultimately eat her with, shedding off his disguise and then eats the girl. But as the wolf sleeps, the woodsman arrives and cuts open the wolf's stomach, freeing the girl and her grandmother, and then fills it back up with stones. The wolf awakens and attempts to flee, but the stones cause him to collapse and die. 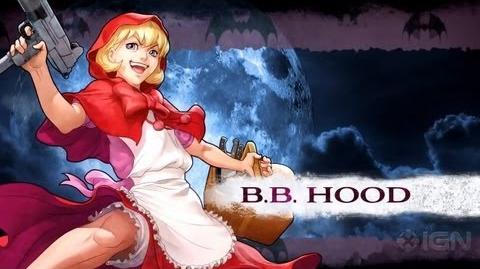 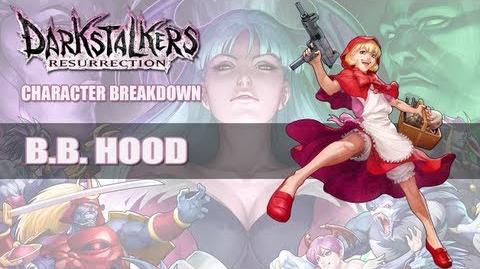 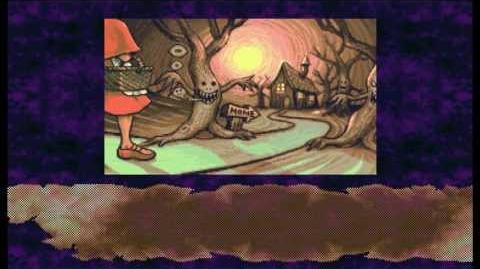