Anita first appeared along side Donovan Baine in Night Warriors: Darkstalkers' Revenge. She made her first playable appearance in the original Japanese console port of Marvel Super Heroes as a secret character. She would later appear in the Marvel vs. Capcom Origins version of the game and Teppen the App Capcom Games. She has also made several cameo appearances in various other Capcom games such as Pocket Fighter.

Anita is the small girl that always follows Donovan Baine around. She is 2'9' and 29 lbs. Anita carries an old doll that seems to be a memento of her mother. She had always been with Donovan ever since she was adopted by him from her orphanage. Because of her inhuman powers, she was shunned from society. This, coupled with witnessing her parents deaths, caused her to lose her emotions. She regained her emotions back as Donovan lost his humanity in the events of Night Warriors. She is also the probable ruler of humanity, which both Donovan and Jedah knows.

Cameos in other games 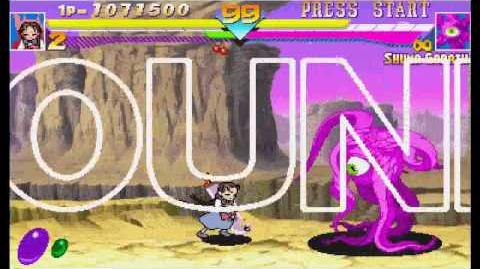